A fair, honest, and professional business. There are many players out there searching for the peace of mind and integrity that accompanies a reputable site such as Winaday. I want to thank all employees, top to bottom, for the stellar service provided." By Robert H.
Out of all the casinos I have played at, having played for many, many years now, Winaday is by far the best. And has the BEST of everything! The games are top notch and have great payouts. By Jeanne F.
"The games at Win A Day are so different to other casinos, they have so many unique features that really make them stand out! I will return to play here over and over again. When you combine the wonderful games, superior customer support and terrific daily promotions it's a no brainer. Win A Day is a winner for me!" By Laurie K.
Winaday makes a long commute to work fly by! Some of the best games are available to play on my phone. By Judy R.

Learn about the Most Popular Casino Games

There are many different types of casino games people enjoy playing when they head to a casino. Since the dawn of history, people have been gambling through various games. Some of these games have been played consistently through the centuries, while others have been lost to history. As games disappeared into the history books, new ones were created. Here is a look at some of the most popular games played at casinos today.

Although they are more than a century old, slot machine games are one of the most recent developments in casino games. These have become a staple of every casino, drawing gamblers of all types into the casinos. Because slot machines are entirely based on luck, anyone can enjoy taking their turn at this game. 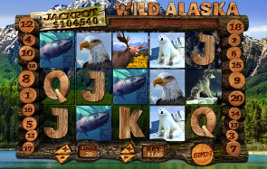 Poker is perhaps the classic gambling game still played today. Since the only things needed are a deck of cards and something to bet, poker can be played almost anywhere. Casinos have highly developed games, yet simpler versions are played in homes across the country. Currently, thanks to The World Series of Poker, Texas hold 'em is currently the most popular poker game. Other versions of poker include draw poker, such as five-card draw, stud poker, like seven-card stud and five-card stud, and community card poker, of which Texas hold 'em is an example.

Blackjack is another popular game in Las Vegas and at online casinos. This and poker are probably the most well-known casino games that use cards. Blackjack, in which everyone plays against the dealer, is one of the more skilled card games played at casinos. The most successful players count cards, but casinos often prohibit this practice.

Unlike blackjack and poker, craps uses dice instead of cards. In craps, players wager on the roll of dice, or on a series of rolls. There is a version of the game known as street craps, in which players bet against each other. Casino craps, which is the version most people are familiar with, pits players against the bank, or casino. Street craps requires little more than a pair of dice, but casino craps uses a fairly complicated table.

These are just a few of the most popular casino games. Versions of poker have been around for ages, but the game continues to morph with time. Today, poker is complemented by other casino games, such as blackjack, craps and slot games.