"The games at Win A Day are so different to other casinos, they have so many unique features that really make them stand out! I will return to play here over and over again. When you combine the wonderful games, superior customer support and terrific daily promotions it's a no brainer. Win A Day is a winner for me!" By Laurie K.
"I enjoy all of your games, it is difficult to to pick ONE favorite! I get bored quickly with other casinos but at Win A Day I just want to keep playing - its what a casino should be! As if that's not enough, the frequent bonuses, contests, tournaments, and other promotions keep me coming back to be a part of all the FUN! Win A Day, thank you!" By Brandy M.
The support agents have an exceptional talent, always cheerful and genuine, by far the top representatives in the online business. They are the best when it comes to reminding players of Promotional and Bonus Specials! By Joyce B.
A fair, honest, and professional business. There are many players out there searching for the peace of mind and integrity that accompanies a reputable site such as Winaday. I want to thank all employees, top to bottom, for the stellar service provided." By Robert H.

On the History of Casino Games

The first gambling house recognized as being the first casino was the Ridotti in Venice, which offered gambling games during the festival of Carnival. Modern casinos evolved from those beginnings to offer card games, table games, and slot machines.

The origins of poker are not clear. There are ancient games such as the Persian game called "As Nas", a French game called "pogue" and an Irish game called "poca" which may have been the predecessors to the modern game called "poker." What is not disputed is that during the 1800s poker gambling became popular on Mississippi river boats and then spread to the Wild West.

Blackjack came from the Spanish game of twenty-one called "ventiuna" dating from around the 16th century and was first written about by Cervantes (the author of "Don Quiote") in his story called "Rinconete y Cortadillo" about card cheaters.

Craps came from the French game "crapuad" which is the word for "toad" in French because it was first played in the streets where the players crouch down like toads.

There are competing theories about who invented roulette, but the most popular idea is the game's invention was in 1655 by Blaise Pascal, a French scientist. The game first became popular in casinos located in France. The European version of the game differs because it has only one green space, the number "0", where the American version adds a second green space of the number "00" which puts the odds more in the favor of the casino operators.

In 1891, the Sittman and Pitt Company in New York promoted the first gambling machines. Nevertheless, Charles Fey from San Francisco, gets the credit for inventing the first slot machine, called the "Liberty Bell" in 1895. 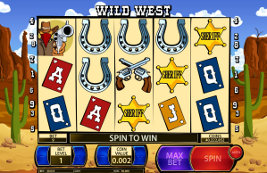 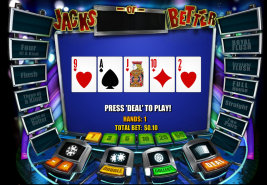 Modern technological advancements now allow playing casino games from the comfort of our homes. Some of the most fun games are now online. Our favorites are these:

From ancient times to Mississippi river boat to cowboys playing poker in wild west gold mining culture to modern times where we play online, gambling fun has been, and will continue to be, a part of our lives.